Project - Repeater and the Machine

So this is going to be a link heavy post as there are a number of separate artists that came together to make the final piece possible, and a lot of history behind it.

So a while ago, a good friend of mine and excellent musician Pete came to me and said that he was going to get his musical dreams off the ground and start putting his music online. Now back in the day, Pete was Echo Response, and was contemplating using the same name to start putting his new music online. He was also contemplating the name Repeater and the Machine, and after some consideration, that's the name he went with (ask him the story behind that name, it's cute).

So he had a name, but no logo. Enter your friendly neighbourhood Spide... graphic designer Rob, who worked with Pete to come up with the following logo. Pete wanted a sort of grungy, post-apocalyptic looking design, and I felt like adding the gears to really push the "machine" aspect... and I'm also just a little nerdy:

As it turns out, Pete's aunt Anita is quite the artist, and was cool with donating a print of her work for Pete to use as cover for his first single, "Coma": 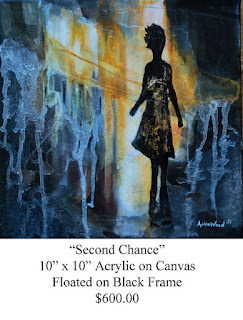 So we had the art, we had the logo, we had the song, we were ready to rock! Here's the final "cover", available on cdbaby NOW!: 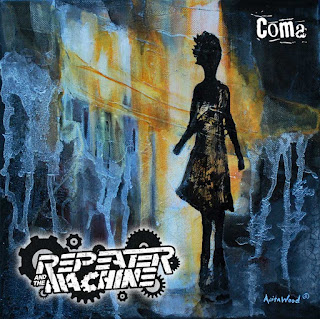 As always folks, thanks for reading!

Posted by Intelligent Designs at 5:39 PM